Matt and Devin had a backyard BBQ wedding and it was like one big laid back neighbourhood gathering. Held at Matt’s family home on the lake, the backyard was literally packed with people that all seemed to know each other. If they didn’t know one another they were certainly content to strike up a conversation.

The ceremony took place late afternoon on probably one of the hottest days last summer. Soon after the barbecues were fired up. This was not your average backyard BBQ wedding though… There was so much food! And it seemed as though half the guests in attendance were involved in the prep. It was a very impressive team effort. As dinner was getting started a giant bouncy castle showed up on the scene and the grooms had their “first bounce”.

The overall vibe of the day was very chill. The only mandatory instruction I was given was to shoot lots of candids. Later in the evening one of the neighbours took us out on the boat for a cruise on the lake. The temperature started to cool off transforming the evening into the perfect summer night. Golden hour lit the backyard as guests brought out their best dances moves, breaking it down late into the evening. 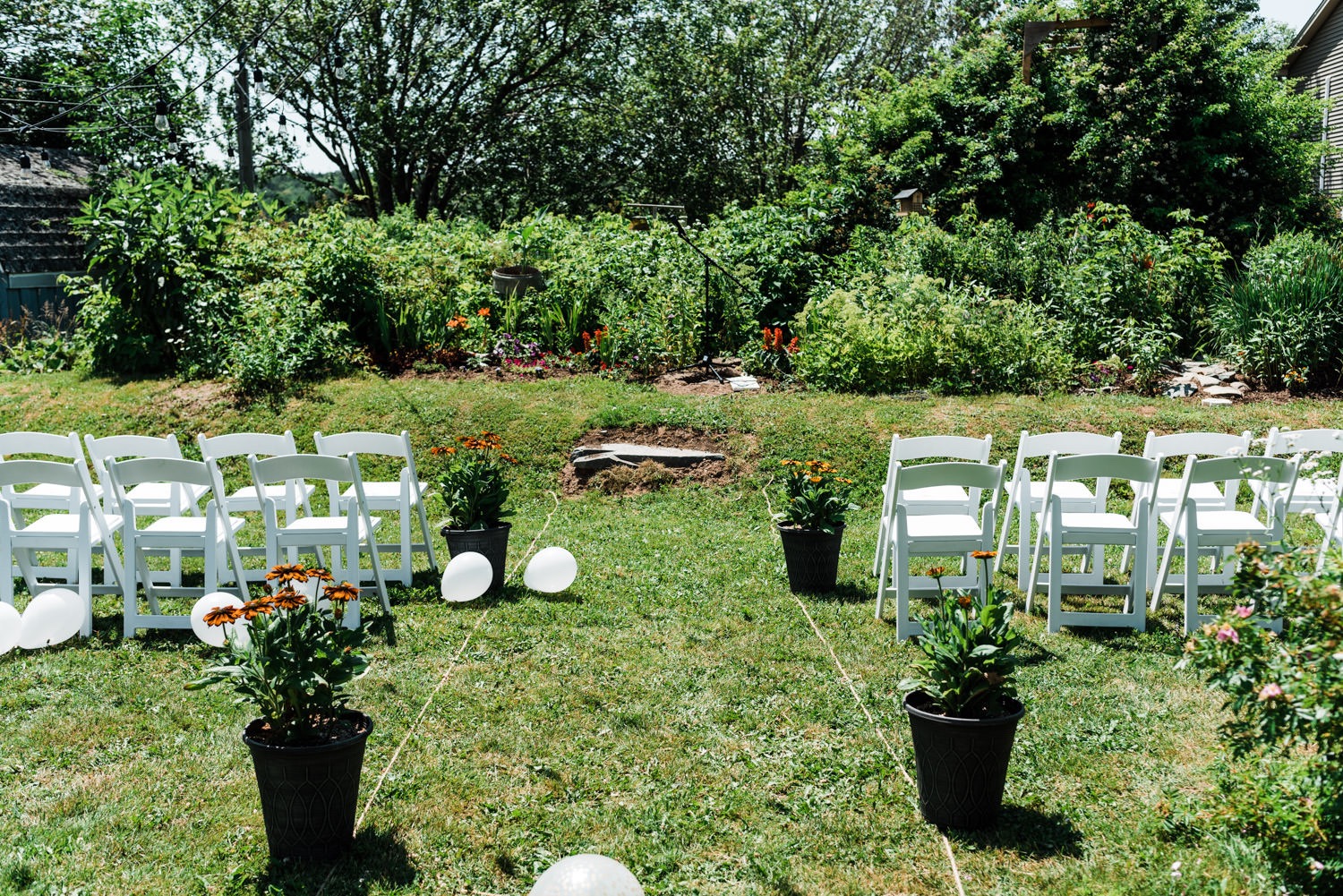 Your Narrative blog will appear here, click preview to see it live.
For any issues click here

i am grateful to document a limited number of weddings each year. weddings that consist of all sizes, budgets, locations, and concepts.

If my photography speaks to you, please feel free to reach out!

"One of Canada's Most Inspiring Wedding Photographers"